We are elated to announce the arrival in the App Store of our newest app, Big Break: 6-8! 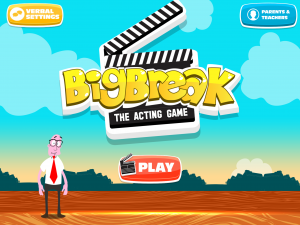 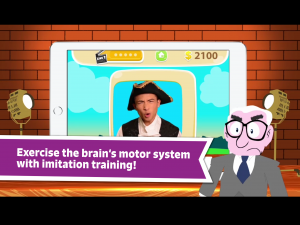 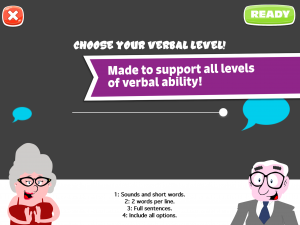 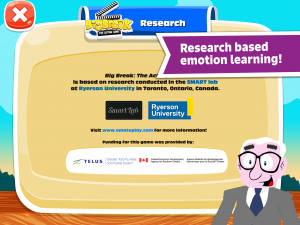 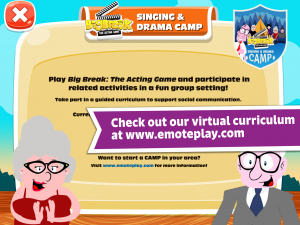 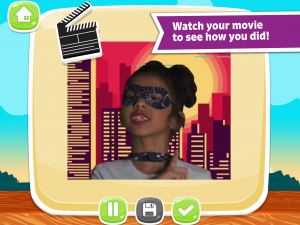 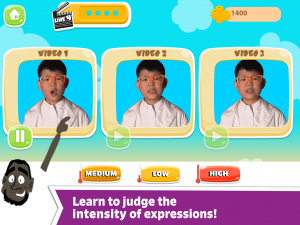 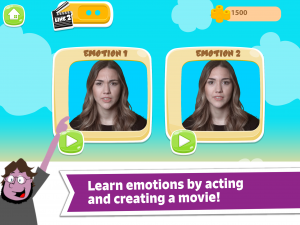 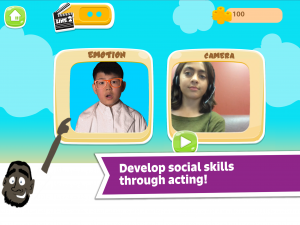 Announcing our new Big Break: Emotions app! Big Break: Emotions is an emotion dictionary app designed to support emotion learning in kids and adults. It serves as a handy companion to the Big Break game and also operates as its own valuable resource for emotion learning. Featuring audio-visual dynamic expressions of basic emotions, presented via facial expressions and vocalizations. Emotion videos are validated by research. Learn the basic emotions and what they mean, why they’re useful, how to talk about them, and how to express them. Practice identifying them yourself!

Currently available in Beta mode – available in the App Store soon! Get in touch if you’d like to try out a Beta copy – we’d love your feedback! Email us at info@emoteplay.com.

The game now caters to multiple levels of verbal ability! Act out new scenes with just 1 word or sound, 2 words, or full sentences. Go to the new “Verbal Settings” screen to choose your verbal level.

Big Break 2.0 also features new animations and scenes to enjoy. Emotion choices now have animated emojis so reading is not required to choose the right answer!

Check it out in the Apple App Store for iPad and iPhone!

As of Winter 21019, we have great things in the work for Big Break! The updated app will feature new scenes and actors, catering to multiple levels of verbal ability (adding facial expression only, just noises, 1-word phrases, 2-word phrases), age group (5 & under, 6-8, 9-11), and emotional skills. It will also feature a brand new catalog of dynamic emotional expressions. Thanks to sponsorship from the Telus Greater Toronto Community Board.  Get ready for Big Break 2.0, coming soon!

The Geneva Centre for Autism and researchers at Ryerson University have partnered with EmotePlay to create “Big Break! Singing and Drama Camp”, with sponsorship from the Telus Greater Toronto Community Board. This week-long summer camp or weekly after-school program is offered to kids aged 8-14 who are on the autism spectrum. The curriculum involves singing, acting, and playing the Big Break game, culminating in a final performance complete with a film fest showing the campers’ favourite movies that they made while playing the Big Break game.

Big Break! Singing & Drama Summer Camp is led by professionals in musical education and autism. Interactive drama and musical games are played with a focus on increasing participants’ confidence in their ability to perceive and produce emotions in an expressive manner. This program features choir singing, rhythmic games, acting, and exercises designed to provide practice with imitation of vocal, facial, and gestural expression. These exercises are further supported with technology assisted feedback provided through the use of the Big Break: The Acting Game.

Find out about the next offering of Big Break! Singing and Drama Camp at autism.net. If you’d like to offer a Big Break camp at your organization, get in touch for more information! 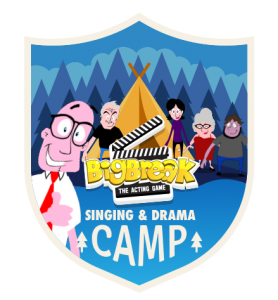 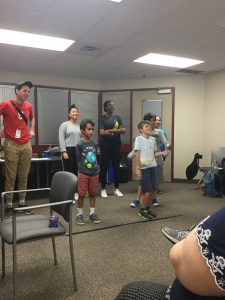 Some images taken at the final performance, summer, 2018. 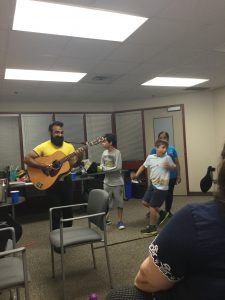 Check out their article here!

Check out their article here!

Stay tuned for the release of our first iPad game, entitled “Big Break: The Acting Game“! Send us a note and we’ll add you to our email list. Like our page on Facebook for more updates!

Research poster presented at the Society for Music Perception and Cognition Conference, 2015.

The Acting Game: Mimicry of emotional song and speech to enhance emotion skills in autism

Researchers have found that individuals naturally mimic facial expressions during observation of song (Chan, Livingstone, & Russo, 2013) and speech (Turner, McIntosh & Moody, 2015) to facilitate perception. This simulation mechanism may be related to mirror neuron system (MNS) activity; individual differences in MNS functionality (Gazzola, Aziz-Zedeh & Keysers, 2006) as well as spontaneous mimicry (Chartrand & Bargh, 1999) are associated with empathy. Individuals with autism exhibit a deficit in MNS functionality as well as spontaneous mimicry during social interactions, which is thought to underpin characteristic deficits in empathy (Williams, Whiten, Suddendorf, & Perrett, 2001). We have created a computerized acting game for children with autism, in which voluntary vocal-facial mimicry is elicited and points are awarded for guessing the correct emotion of the person being mimicked. During early stages of game play the majority of stimuli are songs. As the game progresses the balance tips in favor of speech stimuli. The intention of this progression is to maximize engagement as children with autism have been found to be especially responsive to musical stimuli (Whipple, 2004). Nine children on the autism spectrum have participated in this ongoing study thus far. EEG measurement of the mu rhythm (indicative of MNS activity), EMG measurement of facial mimicry, behavioral indexes of emotion identification accuracy, and scales of social responsiveness were administered to participants before and after 2 weeks of daily game play. Preliminary data analysis has revealed improvements in accuracy of emotional identifications of sung stimuli relative to a control group. Scores on the Social Responsiveness Scale also improved. We predict that daily game play will also facilitate EEG and EMG indices of simulation during observation of emotional sung and spoken sentences.

This blog post from the SMART lab illustrates some of the research on creative arts therapies for autism, including music-based therapies and mimicry interventions found in Big Break. 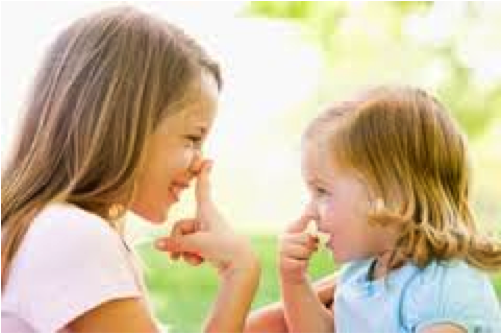 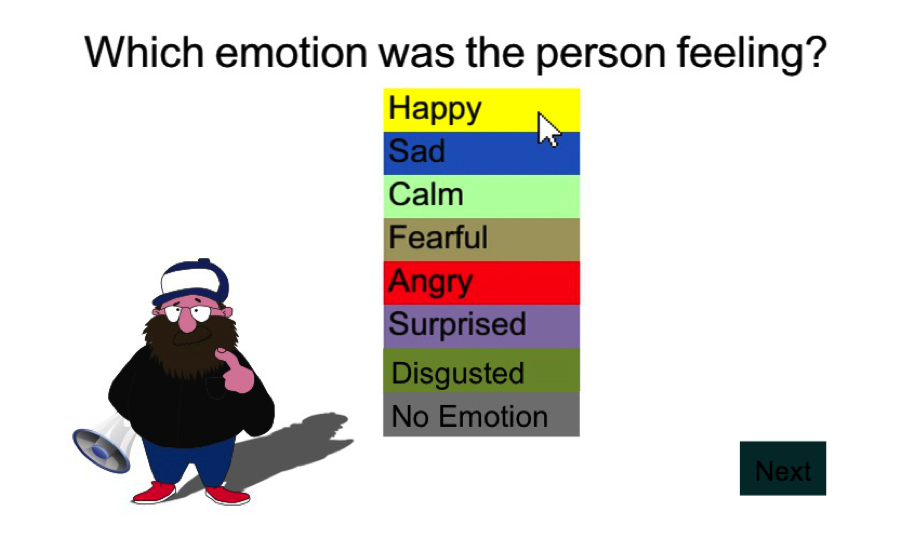